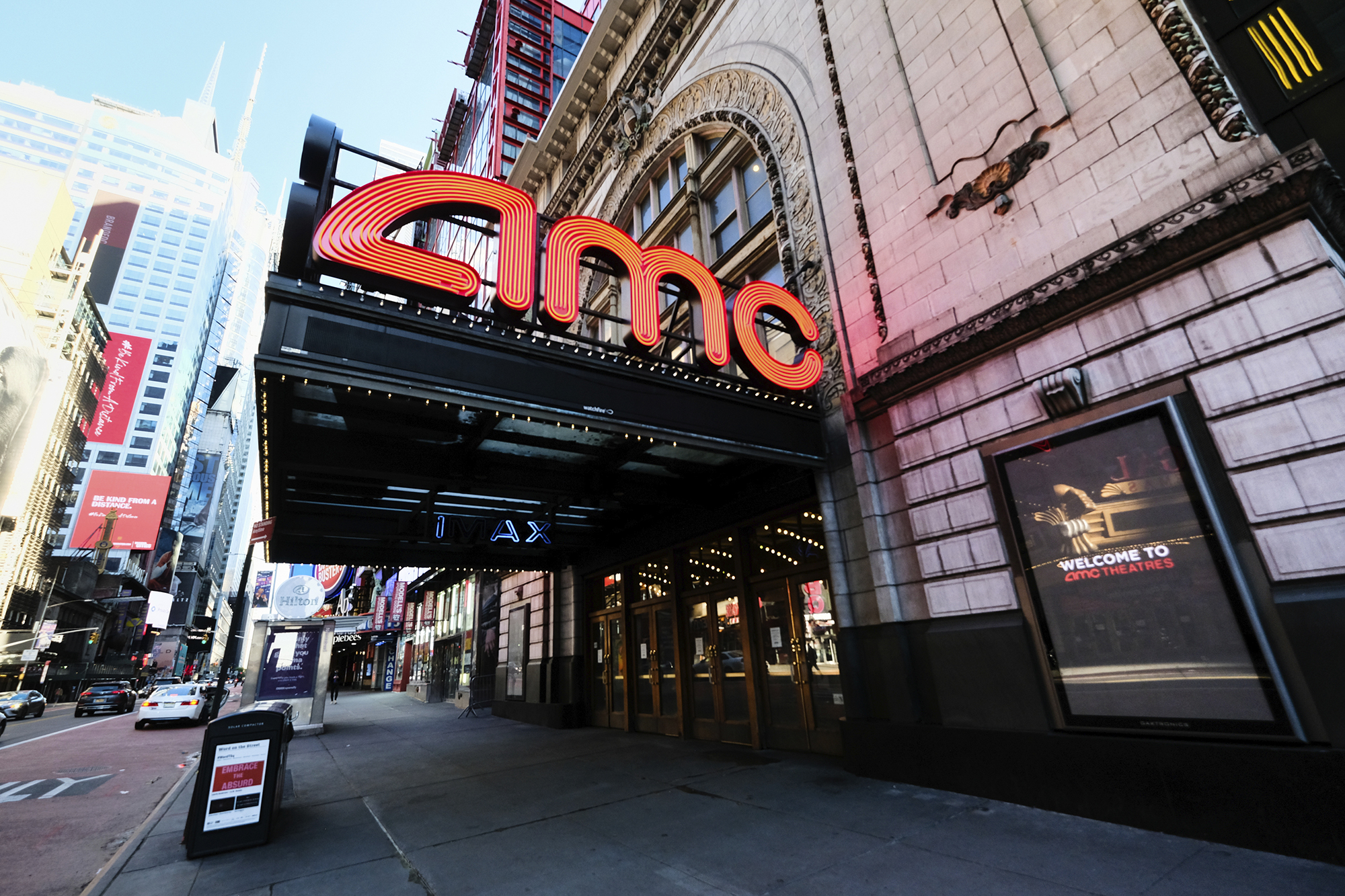 AMC Entertainment, the world’s largest cinema chain, said Monday that it will avoid bankruptcy after raising more than $900 million in rescue funding since December.

Shares of AMC surged 38 percent in early-day trades after the company’s chief executive Adam Aron unveiled a new European financing deal that would give it more than $400 million to help it weather the fallout from the coronavirus pandemic.

“This means that any talk of an imminent bankruptcy for AMC is completely off the table,” Aron said, referring to the new deal. “Today, the sun is shining on AMC.” The company estimated “that its financial runway has been extended deep into 2021.”

AMC said in a Monday filing with the Securities and Exchange Commission that since December, it has raised $917 million, of which about $500 million came from the issuance of new common shares and an investment deal with Mudrick Capital Management.

In November, AMC said its fiscal third-quarter loss widened to more than $900 million as revenue plummeted 91 percent. A month earlier, Aron had warned that the firm could run out of cash by the end of the year.

But now, Aron said he is hoping that an influx of new films from Hollywood that were moved into 2021, a decline in infections and a rise in vaccinations will give consumers the confidence to return.

The CEO acknowledged, however, that today the US is still battling rising infections, new COVID strains, and a slow vaccine rollout. As a result, the company’s future cash needs remain “uncertain,” he said.

“This increased liquidity should allow the company to make it through this dark coronavirus-impacted winter,” Aron said, adding that this presumes that AMC will “continue to make progress in its ongoing dialogue with theater landlords about the amounts and timing of owed theatre lease payments.”

Cinemas have been hit hard by the pandemic. First they were shuttered nationwide between last March and last summer due to rising COVID-19 cases. When they reopened, moviegoers were hesitant to return.

Last week alone, there was a slew of movie delays as COVID-19 cases continue to rise globally. The latest James Bond flick, MGM’s “No Time to Die,” was pushed from April to October, while Sony’s “Ghostbusters: Afterlife” was moved to November and its “Morbius” and “Uncharted” got moved to 2022.

Disney also shifted a handful of films, including “The King’s Man,” later into the year or removed them from the calendar entirely.

Meanwhile, the few films that remain in February and March are tied to streaming releases. Warner Bros.’ “Tom and Jerry” will head to HBO Max and cinemas on Feb. 26, Disney’s “Raya and the Last Dragon” will debut in theaters and on Disney+ for $30 on March 5. Warner Bros.′ “Godzilla v. Kong” hits HBO Max and the silver screen on March 26.

June 5, 2020
Two Buffalo police officers were suspended without pay Thursday after a

AD: I AM A MONEY MAGNET…

Get information on Coronavirus Testing Near You.

AD: Stop Burning Money! Get Paid For Your Photos!

8 Habits of Enhancing Your Mind Power

AD: I’d never even heard of carb-pairing or wine-timing, but I’m so glad I did it!

Any cookies that may not be particularly necessary for the website to function and is used specifically to collect user personal data via analytics, ads, other embedded contents are termed as non-necessary cookies. It is mandatory to procure user consent prior to running these cookies on your website.